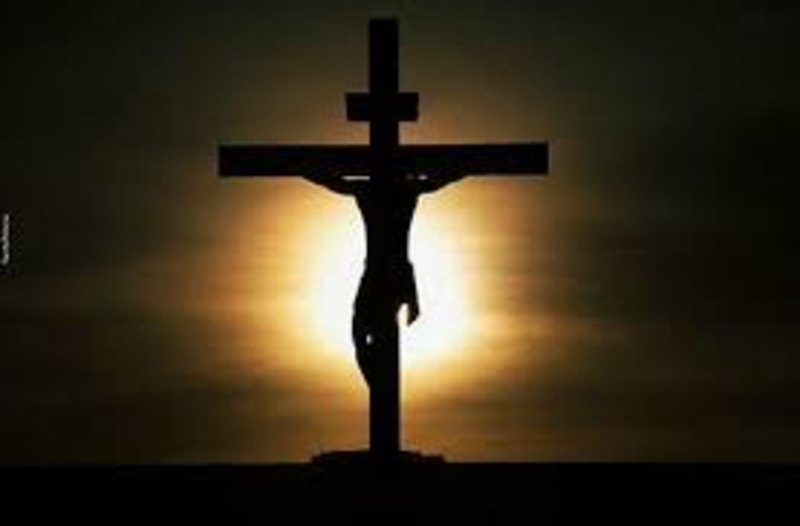 This morning we gather pondering the darkest day of the Christian year. A day Greek Christians call “Holy Friday or The Great Friday”; that German Christians call “Sorrowful Friday”; a day that we in North America call “Good Friday”; and, I would suggest ~ most aptly, that has been called by some: “God’s Friday”. However we name it, it is a day filled with a range of emotions: with confusion, with disorientation, with sadness and with anger. My secular friends have asked me why a church would ever gather around such a depressing event each year. Many of us inside the church have the same question. Yet, Friday is a core part of our faith story. And so, we ponder the meaning of this day. The day of Jesus’ death. The darkest day that only God can make ‘Good’.

As we begin our inquiry, I believe that we should acknowledge a psychological component at play, as we approach this theological question of the meaning of Friday. Have you ever noticed how difficult it can be to imagine a future that is different from the past? We are all, to some degree, creatures of habit. And we find comfort in future patterns of behavior that are similar from previous experiences. The danger is that we can get stuck in patterns of behavior and believe them to be guarantees of the future. The key to getting on top of this, researchers in narrative psychology tell us, is understanding how story functions in our lives. Because the past isn’t simply the past, it’s the interpreted past. The past, in short, is the story we have told ourselves about the past. This is why, for example, two siblings can have the same alcoholic parent, and yet interpret that fact ~ and their similar pasts ~ quite differently. And thereby walk into distinct futures. In the same way, as we look at the Friday event ~ and it’s implication on our faith ~ we must take this component of our faith story ~ Jesus’ death ~ and consider how we interpret it for our life.

So, what are some of the past stories that play in our minds about Friday? Predominantly, Jesus’ death has been interpreted in the past as being a substitution for the sinful nature of humanity ~ all carefully laid out in a theological theory called “Substitutionary Atonement”. Almost one millennia ago, St. Anselm, archbishop of Canterbury, sought to answer that very question in a book entitled “Meditation on the Redemption of Mankind” and would function to shape theological thinking still into modern day. His argument followed a legal framework as an understanding to humankind’s relationship with God. It begins with a belief in the inherent sinful nature of humankind. By virtue of our lineage from Adam and Eve (the ones who committed the first sin – that of disobeying God and eating the fruit from the forbidden tree), we are sinful creatures. Anselm argues that this inheritance, our human sin, is a crime against God and therefore, it requires punishment. How would the debt be paid? He proposes that it would be paid through the offering of a sacrifice. In order for God to forgive the sin of human wickedness, a substitutionary sacrifice must be offered. The problem; however, is finding a suitable sacrifice. If all humankind is sinful, then no one is adequate. Thus, the one chosen as the sacrifice must not be a sinner – they must be a perfect human being. To solve this dilemma, God provided Jesus. In Jesus’ sacrifice upon the cross, Anselm argues, the debt is satisfied, the price is paid. And the basis for humankind’s full relationship with God is fulfilled through Jesus’ sacrifice. With this understanding of Jesus’ death, he needed to be sacrificed and killed in order for us to have a full and deep relationship with God. It was something which God demanded in order for us to enjoy a full relationship in the future.

Now, if you are feeling a little uncomfortable with Anselm’s thesis, I suspect that you are not alone. A vengeful God calling for sacrifice, is not the kind of God who I know and seek to follow and serve. And, in fact, theologians Marcus Borg and John Dominic Crossan (whose book we have been basing our reflection series upon) point out that there is no evidence for this type of claim in a careful reading of Mark and Anselm’s theory was conceived one millenia later. So what is the meaning of Friday? What is the meaning of Jesus’ death? In scripture’s reference to Jesus’ life being given as a “ransom” (Mk 10:45), we must gain a clear understanding of the meaning of ransom. Paying ransom, in Jesus’ time, was not tangled up with the issue of dealing with criminals, as we think of it today. Ransom was a more common transaction of rescuing relatives from debt slavery or from captivity in war. Paying ransom was that instance of offering outside help that was necessary in offering freedom and liberation. Seen in this light, Jesus death ~ “offering his life as a ransom”, has a profoundly different meaning ~ the offering of liberation and freedom.

So, what is the meaning of Good Friday? What was the cause and purpose of it in the ‘Grand Narrative’? Good Friday was about the failings of Jesus’ closest followers: Peter’s denial as the cock crows; Judas’ betrayal with kiss; the weakness of his disciples falling asleep; and the cowardice of the unknown disciple running naked into the wilderness. Part of the story is that Jesus’ passion occurred because of his disciples’ dispassionate ways of weakness, denial, and betrayal. But this is not the whole story. In fact, Jesus’ disciples could not have protected them, even if they had tried. Good Friday was also about how Jesus’ passionate Way deeply threatened his enemies ~ both religious and secular. The chief priests and scribes look for an opportunity to kill him; they manipulate a sympathetic crowd; a quiet evening arrest is performed; it leads to a sham trial in the high priest’s courtyard. Part of the story is that Jesus died because of his passionate message and his way of being provoked some very powerful enemies. But that is not the whole story. Good Friday is also about Jesus’ self-giving passionate love. The entirety of Mark’s gospel account contains a piling up of story upon story about Jesus’ passionate self-giving Way: Jesus’ healings, Jesus’ feedings, Jesus’ exorcisms, Jesus’ teachings unfolding one upon another. Yet, in the end, Mark is clear that Jesus’ life was not taken from him, but rather it was passionately given by him: we think of Jesus’ silence before Pilate; Thursday’s offering up of bread and wine; Jesus’ passionate offering up his life for others. Another dimension of the story is that Jesus died because he chose to passionately give his life for others. What we see in Good Friday is the passionate inevitability of passionate living.

And when all of these factors collided ~ when these elements of the ‘grand narrative’ combine, the result is a Friday that only God’s power can transform to being “Good”. Jesus passion ~ Jesus giving his life up as a ransom: Jesus’ life was a ransom passionately offered for the failings of Jesus’ disciples who couldn’t yet go and live his life ~ and so Jesus passionately lived where they couldn’t yet go. Jesus life was a ransom that liberated against the systems of oppression ~ whether religious or secular. In the cross God’s power will soon demonstrate that those powers will not have the last word. Jesus life was a ransom as we truly see the ultimate demonstration of the nature of who this God we follow is ~ a God that is truly about passionate self-giving.

There is a profound choice that needs to be made in the Good Friday story. In the end, Good Friday becomes well seen as a bookend to the same choice that needed to be made at the beginning of the week we uncovered on Palm Sunday. Palm Sunday was that choice between the two processions entering Jerusalem: the powerful military procession and the humble procession of Mediterranean peasants. A choice needed to be made to follow either the Kingdom of Rome ~ founded on violence, domination and earthly power. Or to follow the Kin-dom of God ~ founded on God’s Kin-dom and the love and power of God. The parallel becomes the choice of today given to the crowds over which criminal they would like released, as was the custom to release a prisoner for the Passover festival. Their choice was to either liberate Barabbas ~ a criminal against the state who had been cited for insurrection against the state ~ acts of violence and murder against Rome. The other option was to release Jesus ~ the one whose way also opposed Rome, but whose way was founded on peace, love and self-giving. And the people chose the way of violence ~ hoping that Barabbas would begin a new rebellion. In the end, the direction that was chosen allowed God to transform the meaning of the cross. The cross would ~ after this event ~ be seen in a new, and even more powerful way. It would forever be a reminder that the Roman Ways of domination and violence held no power of the Kin-dom that Jesus was ushering in. And Friday would ~ after this event ~ would forever be called “good”.

Flipping back to my opening comments about how we take the stories that live in our lives, interpret them, and live them out. I think Jesus’ passion story of Friday is less of an argument to be understood, as Anselm proposed ~ with substitutionary atonement. I think Friday is more of a theological antidote to be held in our bodies that should be allowed to gestate and guide our passionately faithful living. Held within, we are reminded, again and again, that while those who follow Jesus are capable of betrayal and denial; have been educated against the violence of empire; have been warned about the dangers of self-interest. And that given all this, there always seems to be a human inevitability of reverting back to our human ways. Yet, held within, Friday functions as an antidote, this story offers up a balm that gently moves us towards God’s Way ~ as shown in Jesus passionate living.

This is the message of Friday. To sit at the foot of the cross…to acknowledge the death…the end of the ways of the past…and just sit. I won’t jump ahead to Saturday’s vigil over the tomb or Sunday’s profound gift of hope. Today, we are simply given this profoundly powerful call to sit in the shadow of death with nothing but our faith. And to know that our faith will be (as our opening song sang) ~ that it will be “enough”.