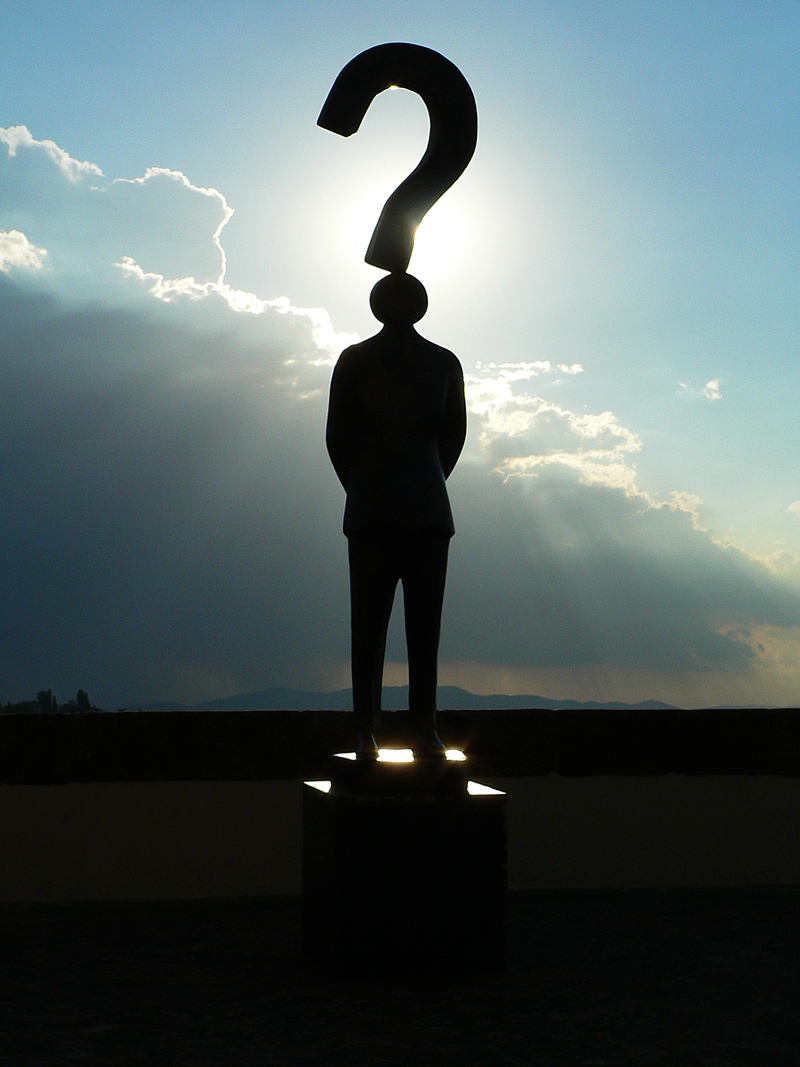 Tonight millions upon millions of people will tune their TV sets, and some even will have gather for parties, as the 90th Oscar awards ceremonies are held. Another year of creative, thought-provoking films which shaped our culture will be celebrated. Beautiful ladies’ ball gowns and gentlemen’s tuxedos will be worn by the icons of our world today as we find out who the best actor, actress and film are for the year gone by. At other times of the year, there are awards for the best musicians each year ~ the Grammys, the best hockey players, and the list goes on and on. Wouldn’t it be interesting if, there was an award for the best Christian? Imagine with me how this might look: a wonderfully dressed presenter elegantly strolls up to the podium and proceeds to present an award. She says: “It is my privilege to have been selected by the academy to present the award for the best Christian”. And you might ponder who would be on the list… the great theologians, the great activists working for justice, protecting Mother Earth, promoting interfaith harmony. “And here are the nominees….” As we consider back to Jesus’ day, imagine that there was such an award. I wonder who you would expect the gospel according to Mark to elect to that list? Who would be the most notable Christian … the ‘First Christian’ in Jesus inner circle? Who would you nominate as you read the gospel? You might think, perhaps, of Simon Peter? Simon Peter is the most written about apostle in all of the gospels – but oh yes, jumping ahead to Friday, we remember the cock crowing three times and Peter denying that he even knew Jesus. No not Simon Peter. Or perhaps the award for ‘the First Christian’ will go to James or John … but, oh yes, I forgot they ran for the hills, not even staying around long enough to deny knowing Jesus.

So who does Mark give the award to? The way Mark’s Jesus presents this award is quite interesting. In the text, the recipient of the First Christian award is sandwiched between those who would receive the award for the worst Christian ~ the direct opposite. There is a common literary technique in the time that Mark used here called intercalation or framing. When an author wanted to make a strong point, they would contrast the point to be made by framing it with its complete opposite. In this case, the poorest example of a Christ follower (given in the first frame) were the chief priest and the scribes. These people were the puppets of Rome and sought to find a way to enforce Roman oppression and remove Jesus. In the section at the end – (the second frame) is Judas Iscariot, the one who will betray Jesus. The worst forms of a Christ follower are the ones who betray him. The best example of a Christ follower is the person framed in the middle. So, who was this person, we wonder? Well that’s where it gets a little difficult. Interestingly, this person is not given the dignity of a name – therefore the best Christ follower has no cultural status or significance. This person is unnamed. Secondly, this person is not a dominant or powerful member of society – because this person is, surprisingly, a woman (and women, at that time, were understood to be subordinate, weak, and insignificant). The award for the First Christian in Mark’s gospel goes to the “unnamed woman”. The reason Mark gives her this award, I think, is that she ‘got it’ / she understood Jesus’ movement / she understood its power and lived it in her actions. Her faith alone allowed her to understand and believe and participate in Jesus’ life; so she prepared Jesus for his death ~ a part of his life in God. In all of Jesus’ inner circle, among all of his friends, no one else believed. This “unnamed woman” broke open the alabaster jar; she applied the fragrant nard to Jesus’ head and, thereby prepared him for his death. She didn’t avoid it or deny it, she prepared him for what was the inevitable unfolding of God’s plan. Consider for a moment, what would have happened if Jesus had not died? Would he have been a great historical figure? Certainly. Yet, perhaps a radical Rabbi later forgotten in the sands of time? Yet she prepared him for his death…and as the lavender aroma filled the room, she proclaimed that Jesus’ looming death was at hand.

Theologians Marcus Borg and John Dominic Crossan, in fact are the ones who give us this morning’s reflection title. They call the unnamed woman “The first Christian”, for she believed … and she participated in Jesus’ death by lovingly preparing him for it and in so doing, she is given the honour of being “the First Christian”. The First Christian (and the second and third and thereafter) are the ones who truly and deeply believe – and then based on that belief become the ones who participates in living out their beliefs based on the depth and meaning of their faith. For faith is…when you think about it… faith is all we have. And the other side of it, when you think about it, is that faith is all we need! This takes us back, of course, to last week’s focus on faith and faith alone on Holy Tuesday. We remember Jesus’ challenging teaching calling us to rely solely on our faith. Jesus taught: “Have faith in God. Truly I tell you, if you say to this mountain, ‘Be taken up and thrown into the sea’, and if you do not doubt in your heart, but believe that what you say will come to pass, it will be done for you”. This is the kind of challenging life a Christ-follower is called to live out in their days. May I suggest that this is the kind of faith we exhibit when we truly participate in the sacrament of Holy Communion. That demonstrated faith, when we come forth to the table, that we are fed in the depths of our needs, blessed for the next steps of the journey that lies ahead, and commissioned to be a blessing as Christ’s ambassadors is a living expression of our faith. I always find people’s actions of coming forward to receive communion to be a deeply profound act of faith ~ the kind of faith that mountains will be moved and a belief that ‘this too will pass’.

I think Mark anticipated the challenge of living solely on faith because this would be such a radical departure from placing our faith in ever present signs and symbols of Rome. Faith in Jesus’ Way was to live in a way that was not yet realized, and in so doing to see it come about through our living. Mark anticipated the challenges to Jesus’ followers. If we were to go back a few chapters we would discover that Mark had been preparing his audience by giving his readers warnings of ‘how not to do it’. He calls out Simon Peter for his lack of faith saying “Get behind me Satan, for you are setting your mind not on divine things but on human things” (8:31 – 9:1). In the next warning, to the disciples’ arguing over who among them was the greatest, he set a child in their midst and says “whoever welcomes one such child in my name, welcomes me” (9: 31-37). Finally, after the disciples’ request for special treatment, Jesus reminds them “whoever wishes to become great among you must be your servant, and whoever wishes to be first among you must be slave of all”. (10:33-45). As theologians Marcus Borg and John Dominc Crossan put it “Mark’s warning gift to all who ever hear or read his narrative is that of failed discipleship”[1].

And the meaning of a successfully lived-out discipleship is that of a lived-out faith, like that of the “unnamed woman”. It is a belief that our God is a God who will ultimately triumph over oppression, and that the shadows of darkness and evil will wither as the light of God shines. It is a faith that God will be there in the depths our pain and devastation and will, one day, bring resurrection. As the “unnamed woman” prepared Jesus for death, her actions demonstrated a belief that God would triumph over the Roman ways of domination and oppression, that God would transform, even the ways of the cross into the ways of hope, that ~ even in the ending of death, God would bring new life. These are the kind of faith beliefs I witness in those who are able to keep their faith as they go through cancer; as they go through family strife; as they go through mental illness; as they go through economic challenge. These are the actions of faith… of walking a path that they know will first find death; yet, one day, know that God will provide new light, a new beginning, and resurrection into the future.

And so we are left with some questions as we consider the unnamed woman being Jesus’ model Christian. She believed…when all others around her were unable to fathom Jesus’ message, she was able to hear and understand. I wonder…are we able to tune out the cultural noise and ways that seek to dominate and oppress and, like the unnamed woman, to believe? The faith of the unnamed woman was her impetus for action. She proceeded to anoint Jesus for death. Amongst all of the costs and precautions that may get in the way, is our faith strong enough to move us into action? To have the faith that promises new life after we walk through the death that we are surrounded in? Is there an unnamed woman / man inside each of us who can focus on Jesus message and faithfully live it out?

This is the call of lived faith – the message Wednesday.