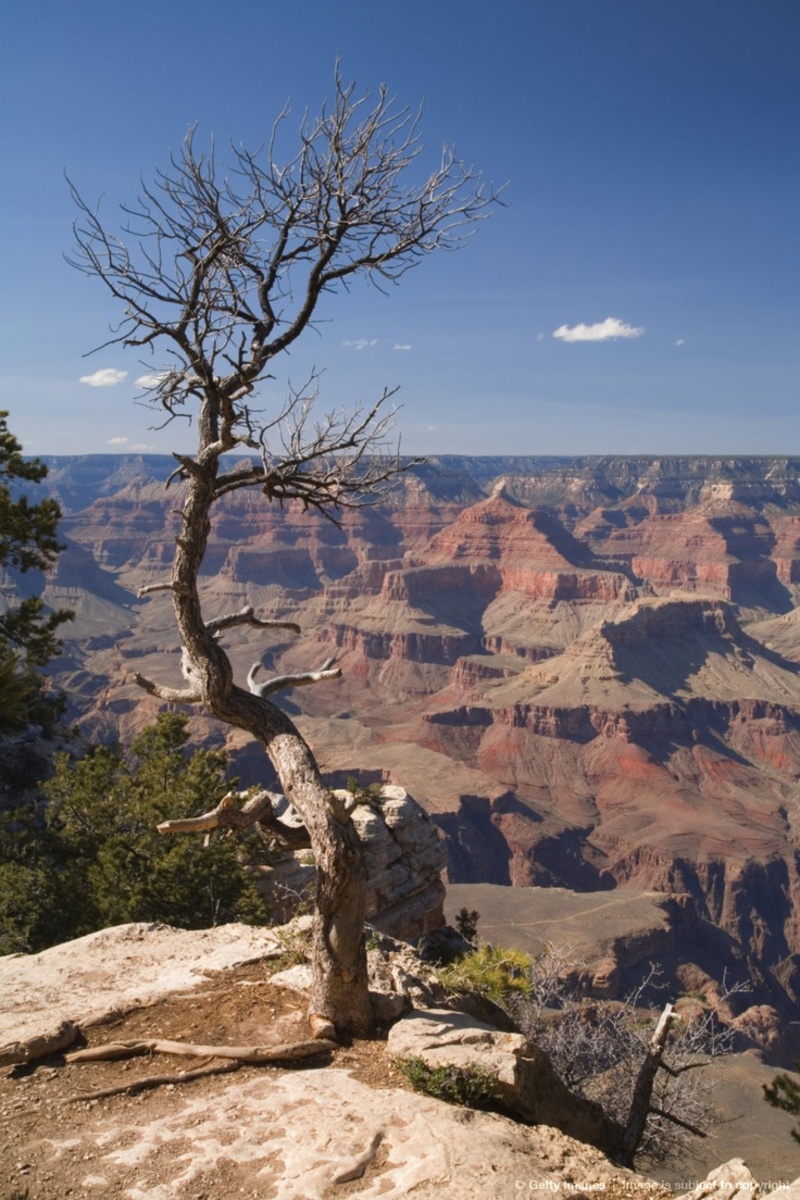 Have you ever seen the Grand Canyon? To see this wonder of the world is a magnificent site to behold. It is almost surreal ~ it is as if you were looking at a postcard as you stand on one side and look across the great divide. The gulf extends at its widest point across 18 miles and descends over a mile. As we move along to our focus on the culture of Jesus’ day, we are reminded that there was an equally massive divide that existed between the world in which Jesus sought to usher in and the world which ruled at the time. And through the Lenten season, we have been attempting to reconstruct this culture and context in which Jesus spent his last week ~ or as the church calls it “Holy Week”. I thought we might begin to explore the differences between our cultures with some newspaper headlines. Imagine how the headlines today would read if they were reporting some of the key stories from the Bible. Imagine the headline for the epic battle between the world of David and Goliath: “Hate Crime Kills Beloved Champion…Psychologist Questions Influence of Rock” Or, the birth of Christ: “Hotels Full, Animals Left Homeless ~ Animal Rights Activists Enraged by Insensitive Couple” Or miraculous story of Jesus feeding the 5,000: “Preacher Steals Child's Lunch ~ Disciples Mystified Over Behavior” And finally, When Jesus healed the 10 lepers: “Local Doctor's Practice Ruined ~ Faith Healer Causes Bankruptcy”. These satirical headlines remind us how different our worlds are and how critical it is for us to be aware of them. As such, it becomes all the more important as faithful Christians, that as we seek to faithfully read and apply scripture to our living, for us to be critically informed of the cultural and historical context of the our faith roots.

And so, we have been doing just that through Lent. During the last couple Sundays, we have focused on the first two days of Holy Week – Palm Sunday and Holy Monday. As we explored the ‘whats’ and the ‘whys’ of Jesus’ actions, we saw that Jesus was ushering in a choice. It was a choice for the people to make as they would choose which ‘Kingdom’ they would swear allegiance and authority to: The Kin-dom of God or the Kingdom of Rome. The ways of these kingdoms were mutually exclusive and Jesus presented the choice in stark contrast. As the holy city of Jerusalem was making its preparations for the thousands of Jewish Pilgrims returning to celebrate the Passover, the two choices were presented. Pilate processed in with the Roman military support troops that had come to enforce peace and order amidst a festival that was inspired by the liberation and freedom of the first Passover. Jesus led the other procession that brought with it the Kin-dom of God as the people’s other option. The Kingdom of Rome brought peace and order, yet it was based upon dominance, oppression, and hierarchy. The Kin-dom of God also promised peace, yet it was based upon Jesus’ bringing God’s advent of hope, peace, joy and love for all the peoples. Holy Monday (or last week in Northwood time) follows after Palm Sunday. On this second day, we saw that the separation between Rome and God was not quite as clean as we might have thought. Rome’s power and control had insidiously seeped into the temple. The temple had been corrupted by Rome as priestly families running the temple had become Roman advocates. The temple had become yet another mechanism for Roman domination. The epic battle was now at hand in Jerusalem: The Kin-dom of God versus the Kingdom of Rome. And the victor would be determined at the end of THIS week!

As we look ahead, much of the story that occurs is well known to us. We know that Holy Thursday will bring a final meal with Jesus and his closest friends; it will also bring betrayal; his trial and conviction and his brutal crucifixion. Sandwiched in the middle; however, are these two days ~ Holy Tuesday and Holy Wednesday. These days bridge the contrasting kingdoms with the outcome of Jesus’ death and resurrection. These days are Jesus final opportunity to teaching what getting from here to there will require … These two days, I would suggest, offer to provide a foundation of one’s faith. Mark’s Jesus clearly focuses the story of these next few days on what faith means, on how faith is exercised, and on how faith should be exercised. And as we ponder these days over the next few weeks ~ Holy Tuesday today and Holy Wednesday next week, perhaps we will uncover guidance for the living of our faith lives as well. We will leave that question to run in the background as we continue.

In the reading for Tuesday, we begin with the conclusion of the story of the fig tree. You might recall on Monday how Jesus had cursed the tree as he walked by. Cursing the tree he said “may no one ever eat fruit from you again”. Today - Tuesday, the disciples walk by it with Jesus and see that this tree has now withered away to its roots. To the disciples, this is sign because the fig tree represented something that you could always rely on to produce fruit in its season. The fig tree was hardy and was something that was always there for them in the past. The equivalent for us might be the fruit trees spread throughout the Okanagan Valley, or perhaps (for the few of us lucky to have one) the fruit tree in our own back yard. One could always rely on the fig tree; it was always there ~ when in season ~ to produce fruit which could be picked and eaten. To see a withered fig tree was unthinkable! What had always been there to provide was now dying! How would they survive? What would take their place? That which was relied upon in the past could not be counted on in the future.

Jesus’ response to their confusion, to amazement of the disciples, is His call to an unwavering faith in God. Jesus calls them to stop having one foot in comforts provided by Rome and one foot in the temple. It was a call to have a faith deeply rooted in God; the God who had liberated in the past, the God who had provided in the wilderness, the God who now promises the advent of peace in the new era that Jesus is birthing. To this end, Jesus proclaims: “Have faith in God. Truly I tell you, if you say to this mountain, (referring to Mount Zion where the massive temple sits) ‘Be taken up and thrown into the sea,’ and if you do not doubt in your heart, but believe that what you say will come to pass, it will be done for you…whatever you ask for in prayer, believe that you have received it, and it will be yours”. This was a time to move away from the ways of Rome and come to God fully in faith and in prayer.

Now, many sermons have been preached on the irresponsible use of prayer using this particular text. And a social commentary was produced on it by Janis Joplin’s 1970’s song “O Lord Won’t You Buy Me a Mercedes Benz”, so there is really no need to comment on that misguided element of the text. What we find in this text is Jesus calling the disciples to live out an unshakable faith, to live out an unending faith in God’s providence, compassion and love for all creation. Jesus teaches that living in the Kin-dom of God is about living with a relentless and a persistent faith that will not die. It will not die like the perishable fig tree that had fed them in the past. Now it was time to switch to a new diet and feast on the Lord!

And throughout the remainder of this day, the issue of who we swear absolute allegiance and faith to becomes Jesus’ focus. In the coming verses, when the temple leaders challenge Jesus’ authority to speak of God (11:27-33) he shows the ignorance of the chief priests, scribes and elders. Jesus will then further ‘up the ante’ by challenging the authority of the temple leaders (12:1-12 & 12: 32-44) uncovering them to be as oppressive and violent as Romans. In another story, the well-known quote “render to Caesar the things that are Caesar’s and to God the things that are God’s” (12:13-17). In so doing, Jesus challenges the Roman belief that Caesar is to be worshipped as ‘god’ and shows that the Hebrew God “Yahweh” is the one true God to whom all creation belongs. Finally, the ‘last straw’ occurs when Jesus foretells the destruction of their Temple (13: 1-4) and, in graphic apocalyptic style, he proceeds to describe the future to be one filled with great suffering followed by a divine deliverance (13:5-37). To sum all of Tuesday’s events up, it boils down to an internal choice of faith; it is all about holding an unshakable faith; either faith in the Kin-dom of God or faith in the Kingdom of Rome. The time had come to make a choice between the two and that time was now!

One wonders where the modern-day equivalents are with this text. What are the parallels to the withered fig tree that we have relied upon for so long? The seasons are changing…it is now the season of the Kin-dom of God to reign. The seasons are changing for us as well, and it is time to change what we rely upon; what feeds us; and how we ground our lives. Tuesday is a deeply personal day. It is a day that strikes to the core of our souls and truly asks: do we have the strength to persist in our faith and rely wholly on God’s grace and provision? This is the question for Tuesday.