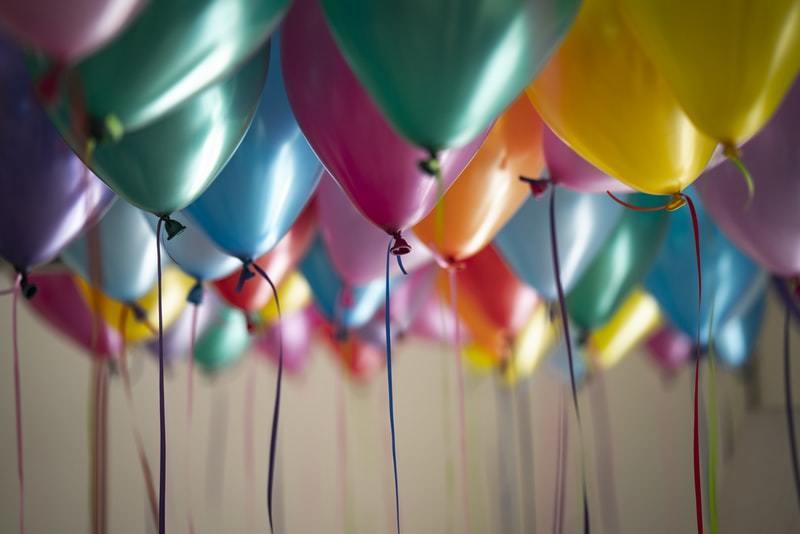 I can’t believe the mess of this place! Can you see it too? Look at this: coffee cups strewn about! Garbage left on the floor! Clothing tossed aside! Mess…mess…mess! It is a never-ending job…cleaning up, tidying up, picking things up and putting them back in their place! Messy…messy…messy!

As we move into our second of two weeks focusing on this curious parable, we begin to realize that there is a deep literary contrast at play. The father has two sons, and they hold very different reactions to the one story that occurs. There are some homecoming party planning problems ahead!

You will recall back that the younger son was last week’s focus. His story was birthed out of a quest for freedom. I don’t suspect that he was someone we immediately liked. His surprising request of his father was to receive his inheritance…an inheritance which he would have eventually been entitled to…yet this brazen request is to receive it before his father’s death! The father’s response was not one of offense, but rather it was one of generosity. He grants the son his inheritance and the younger son goes afar and proceeds to live well beyond his means: prostitutes, parties, pomp & celebration….the best of everything. And, as the story unfolds, he promptly loses it all. One can only imagine how the community gossiped… ‘did you hear what happened to his son? Well…that boy took his inheritance and engaged in sinful living! The apple doesn’t fall from the tree! Where did that family go wrong? And for the son, he falls from being the younger son of an esteemed Jewish family to working for a Gentile pig farmer, feeding these unclean (by Jewish standards) pigs, and salivating at over the very slop he is feeding them. The powerful moment of change for the younger son, as the text puts it, occurs when “he comes to himself”. He has a spiritual awakening that there can be repentance, that there can be forgiveness, that there can be space in forgiving arms with his return. Knowing that he has spent his inheritance and no longer bears the ‘rights’ of the younger son; knowing that he has shamed his family’s name, he makes the return, nevertheless, planning to ask to be hired as one of his father’s servants. The younger son is mess: he is filthy from slaving in the pig pen. He smells of pig manure and a long journey: his clothes are tattered; his hair hasn’t been washed or combed in ages. And, the younger son returns back to the place where his father and the older son live.

The tension builds, we wonder what the father will do? Is he disgraced and insulted by his son’s actions? Is he dearly missing his son and fearing that he is no longer alive? Does he see the mess and muck of what his son has done with his life? Or does he see the lost returning home? Well…the father sees the son, takes that son over his knee and gives him a grand spanking…No! That’s not what happened. The father chastises the son, his anger is heard for miles, he is furious over the way his son has publicly disgraced the family…No! That that’s not what happened either. What happened? The father is so excited to see the son return home that he is overcome with joy. Out of character for a grown man in biblical times, he leaps up and runs towards his son. You can almost imagine the reunion: the son is approaching with caution and fear; however, the father throws everything aside and runs so fast that his sandals blow of his feet. ALL the father cares about is that his lost son is found. Let us be clear, this is a resurrection story. The father says, “this son of mine was dead, and is alive again!” He kills the fatted calf, cleans him up, puts a ring on his finger, and sandals on his feet…for the one that was dead is alive again, he was lost but now he is found! The father throws a party, and the sound of celebration is heard throughout the countryside.

And here is where the problem begins…this party, many will argue, never should have taken place. Is that fair, that the son was welcomed with that kind of a celebration? Many will say….NO! Perhaps he doesn’t deserve the strap, or a tongue lashing….but at the very least shouldn’t he get a “timeout?” Some form of punishment should befall the son, shouldn’t it? The party planning problem occurs because we think we know the right way to deal with people going astray. Religion had clearly outlined proper ways for the penitent returnee to repent. The proper ways to come back do not include a banquet with music and dance! The prodigal can return, but to bread and water, not to feast on the fatted calf! The prodigal can return and wear itchy sackcloth, not a luxurious new robe! He can wear ashes (a sign of public disgrace), not a shiny new ring! He can return in tears, not in merriment! Kneeling in shame, not to dancing in joy! This is the frustration at the heart of the rule-bound older brother. (And, if we are honest, it is likely a point of frustration for us as well) The older son had done everything right. He was a ‘good soldier’. He had followed every one of his father’s rules; he was the one who never went astray and his father had never given him any rewards. The younger son receives a party with the fatted calf to feast upon; the older son was never even given a goat to celebrate with his friends. How do you feel about this turn of events? Would you attend the party? Is there an injustice here?

Some scholars note that where this story falls apart is a differing of one’s focus. Some focus upon relationship and some focus upon rules. What you choose to see first ~ rules or relationship will dramatically impact what happens next. Some of us focus on rules. The older brother is the rule-follower. He focusses on rules. Religion was becoming increasingly rule-bound: proper ways to repent…sackcloth and ashes…all the shoulds and the should-nots. So, Jesus told this parable to those who needed to understand how grace and forgiveness lies a bit beyond the hard and fast rules that many love to hold onto. This parable teaches us that there is much more than rules, there is relationships. And unfortunately, we often value our rights far more than our relationships.

Relationship is the other area of focus. That is what the father in the parable teaches. We are given insight into one who, first and foremost, truly wanted to celebrate his family being found, being loved, being home. By contrast to being rule-focused, Jesus tells a parable that is relationship-focused. The conflict in the parable originates when the characters begin to lose sight of their relationship with one another. In anger, the older son does not address the other characters in terms of their relationship with him. In anger, he responds to his father’s decision to throw a homecoming party, shouting at him saying: “Listen!” Previously, that son would have always begun by addressing him in relational terms, saying: “Father, I wish to speak with you about this”. However, overcome by anger, he throws aside his relationship with his father, yelling… “Listen!” In a similar way, he refers to his brother, he calls him “this son of yours!” He doesn’t call him “my brother.” I think what this parable is giving us eyes to see is that when we focus first on our relationships with another, everything else flows from that point. From relationships: flow forgiveness…flow grace…flow transformation…From relationships flow a place where the lost is found, where the death is restored to life. Those same rules that we like to put first are naturally observed when we have the relational component of love, respect and community in focus first.