What Kind of a Saviour Are You Praying For? 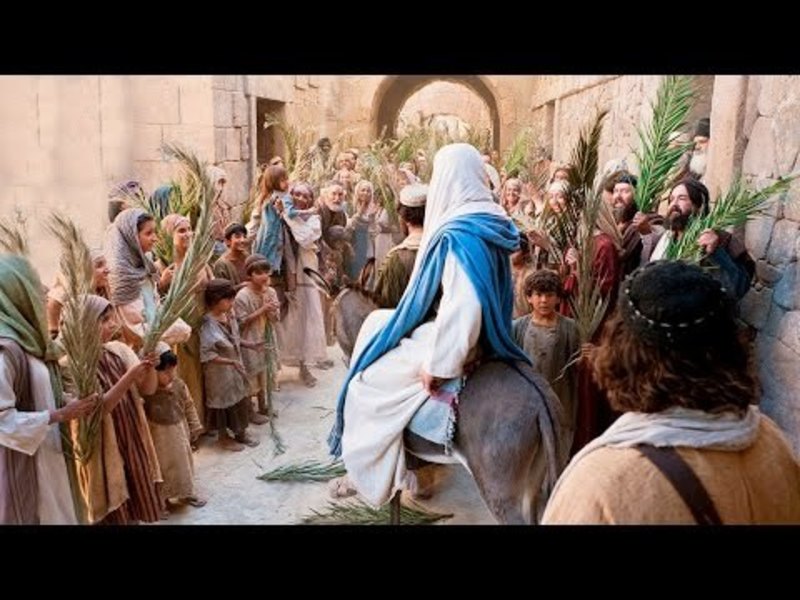 What Kind of a Saviour Are You Praying For?

It seems so very wrong to gather in this sanctuary alone, knowing that you also are alone at home. It seems so very wrong to not have a palm procession with our children, and younger families, and all who are ‘young at heart’ waving palm streamers and palm branches and shouting “Hosanna”. It seems so very wrong for me to be doing this alone here in our church, or you alone in your homes. The word ‘unprecedented’ keeps coming up in emails and blogs and journal articles these days. And, to be sure, this time is truly unprecedented! We talked about this time, last week, as being “liminal time” ~ a time in-between ~ ‘crazy time’. This time has pushed us outside of all which is normal, outside of all which is reliable, and as we now find ourselves into the third week many are calling…many are shouting…many are praying for one who will come and save us from all of this. Save us and bring back health; save us and bring us back to safety; save us and bring us back to the normalcy we had grown so accustomed to. We are glued to the media each day listening for a medical breakthrough…a promised cure…a hope for the future. We listen, we hope, and we pray for the days ahead, for a restoration to things as they once were.

Theologians Marcus Borg and John Dominic Crossan, in their book: “The Last Week: What the Gospels Really Teach about Jesus’ Final days”, note how there was a powerful procession into Jerusalem around the time of Palm Sunday ~ the Roman procession. It was a powerful procession as soldiers dressed in battle armour and war horses, processed into Jerusalem to reinforce the peace during the liberation festival of Passover of the coming week. Concerned about any possibility of uprising from the Jews, celebrating their liberation from Egyptian slavery, the Romans sent in reinforcements to ensure their foothold upon Jerusalem.

Yet, as Crossan and Borg note, there was not only one, but there was also a second process into Jerusalem. They refer to this Sunday’s palm procession of Jesus as being a “counter-procession”; a second procession as Jesus offers an alternative way to Rome’s way of power and dominance. Amidst power and control, Jesus offers a new way for the establishment of peace; Amidst dominance, Jesus offers a new way for life and freedoms to unfold. Historians suggest that there may have been upwards of 200,000 Jewish peasants processing into the Holy City of Jerusalem. The participants in this procession did not wear battle armour or carry weapons, they walked upon sandals and were guided by their faith. There were no war horses or chariots in this procession, there were just humble donkeys, colts…the young foals of donkeys. It was contrast between power and grace; between dominance and love; between control and freedom.

This will, hopefully, be the most ‘odd’ Palm Sunday we have in our lifetimes. Matthew’s telling of this story is the most unusual: did you notice that there are actually no palms mentioned in the story? The text says that when Jesus entered the community, it was “in turmoil”. The Greek word for this could equally be rendered in English as shaking and trembling; words which later gave us the word for seismic. On the first Palm Sunday, and here in 2020, this is a time that the world is shaking! And it is safe to say, I think, that this unusual time we find ourselves in will be here for a while. I heard some wise words from a colleague earlier this week: “this is a marathon we are running, not a sprint”. She was wisely calling us to pace ourselves and be gentle in allowing the gentle way of Christ to be found, the loving way of Christ to be lived, the saving way of Jesus’ Kingdom to unfold. While one leader caused the world a deep concern: first belittling the virus…comparing it to the flu, later announcing that his country would be ‘open for business as usual’ by Easter in a promise to “beat this thing”. Even he has adopted a longer-range vision for a restored future. There will, very likely, not be a cure found tomorrow by one of the brilliant minds in the medical field. There will likely not be a powerful salve that will happen in the moment. So, where will the cure be found in these days ahead? What does it mean to shout “Hosanna” today? What does it mean to shout “save us” today?

What I think we are discovering, perhaps like never before, is that the cure will be found ~ at least in the short term ~ not in a moment of power and might. The cure, at least in the short term, will be found in the gentle ways of Jesus who calls to each of us. When the crowds welcomed Jesus, they not only welcomed his love, and his power, but they also welcomed his way of suffering and self-sacrifice. We have come to learn in this pandemic, that we are all equal. This virus has moved across all human boundaries we might construct: culture, religion, occupation, finances, and fame. None of this matters to this virus which does not discrminate. Actors such as Tom Hanks and Game of Thrones actor Kristofer Hivju; Musicians like Jackson Browne, Placido Domingo, and Rapper Slim Thug; NBA players: Rudy Gobert and Donovan Mitchell from the Utah Jazz; politicians Boris Johnson ~ the UK Prime Minister, Prince Charles and our very own 1st Lady Sophie Trudeau. These celebrities are among the many regular people, like you and I, now totaling over one million, whose family and friends hold at this time. We have truly come to realize that we are all equal.

The solutions now, the solutions which we shout “Hosanna” for will be found in those making tremendous sacrifices. Those who are following the prescribed actions of hygiene and social distancing. Like never before, we have come to understand the profound impact we have on one another. This virus has shown how equal we are…and, how profoundly connected we are. People’s actions in these areas are truly making a difference! They are saving us! People staying home; staying separated from one another; people’s sacrifices and love are going to save us in the days ahead. And this is the sacrificing, self-serving way of Jesus that we are following. Employers are doing their best to continue paying their staff to work from home, to stay home, to keep separate. These are hard times, where we are all sacrificing for the common good.

This time of sacrifice has also shown how selfish and materialistic our society has become, as we are called to sacrifice. At times such as this, we are shown the meagre bare essentials that we actually need: food, water, shelter, medicine. We have heard of, and in some cases witnessed, selfish behaviour: hoarding of supplies…refusing to line up to get into the market. Shouting “Hosanna” is truly a celebration of those who are helping to be part of the solution in these days ahead. Doesn’t it warm your heart to join with others on the front steps and banging pots, cheering and clapping to applaud those who are ‘saving us’! This is our “Hosanna” call this year: for the essential service people…the medical professionals, people keeping us safe like fire and police, people working in grocery and medical stores. The “Hosanna’s” we shout are celebrating the gentle way of humanity that Christ calls us to live, to love, and to be saved. “Hosanna” “Hosanna” “Hosanna”! For the Christ does not ride in with ways of power and might. Christ’s ways are gentle and loving; Christ’s ways are kind and compassionate. The new kingdom Christ is bringing in is entirely new to us and to our world.