“Sharing Bathwater & Other Acts of Discipleship” 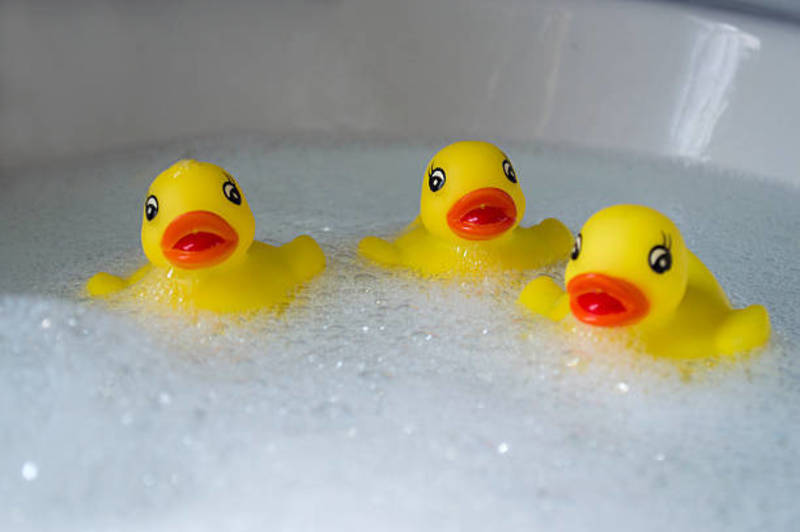 “Sharing Bathwater & Other Acts of Discipleship”

Would you switch places for a few days with a person experiencing tremendous pain and trouble? Would you trade places in order to understand their reality and their experience? I am thinking of the families affected by the terrible fire that broke earlier this week on Canada Day. While we were all enjoying holiday events, these families were evacuating their homes and seeking safety as the Fire Department came to their rescue. We are still attempting to get in contact with them and find out how we might offer support. What would it be like to suddenly find yourself to lose your home? To … have lost so many of those precious household treasures? Would you switch places and share their pain? Switching places is a deep challenge to consider as it immerses us into the experience of ‘the other’. I recall a conversation some years ago that I had with former our former moderator, the Rt. Rev. Bob Smith (though he would be angry if you didn’t simply call him “Bob”). Bob was reflecting with me on his experiences encountered a young theological student. One such experience that left a deep impression on him was a weekend immersion into the life of poverty, when he ‘switched places’ from student life to living in the Downtown Eastside. Back in his day, all theological students were given the experience of being dropped off in the Downtown Eastside for the weekend with nothing more than $5 bill and a directory of available services. Through the course of the weekend, they would be immersed in a life of poverty and neglect and then gather on Sunday night to debrief about the shocking realities that they had just experienced. Would you switch places?

The text this morning reminds us that we continue to live in a world ruled by harsh separations and divisions. And the thought of ‘switching places’ was as unappealing then as it is now. In the time of Jesus, there was a divided world between Jew, Gentile, slave and free. In our focus text, the divisions notes were between countries: Arameans and Israelites. Elisha the Israelite prophet and Naaman, the Aramean army commander lived in very different worlds. Of course, our world is more elegant and evolved today…at least we like to pretend it to be. However, I would suggest that these forms of subtle separation continue in deep and profound ways. Real life divisions are alive and well. They are based on status, ethnicity, religion, gender and sexuality and continue to make these ancient teachings profoundly relevant today.

In the story of Naaman’s healing, we are invited into a world with many similarities to our own. The differences really matter. Two different countries – Aram and Israel; the different status of kings; the power and entitlement of a military commander over that of a slave girl. In one of their military raids on Israel, a nameless slave girl is captured, brought back to Aram, and eventually becomes a servant to Naaman’s wife. Naaman is one of the King’s great military commanders. Perhaps he was involved in the very raid that brought back this nameless servant-girl as a gift for his wife. While Naaman held much power and prestige in Aram, all was not perfect for him. He suffered from a horrible type of skin disease – leprosy. The servant-girl, coming to know the needs of the family she serves, offers the possibility for the healing of Naaman’s ailment. “If only my Lord were with the prophet who is in Samaria, he would cure him of his leprosy”. All seems to be wonderful…A cure! What a wonderful turn of events for Naaman! He travels to meet Elisha, greets the King bringing gift offerings for the anticipated cure ~ ten talents of silver, six thousand shekels of gold and ten sets of garments.

This story, we find out, is not so simple. It is steeped with expectation and privilege. Naaman expects to be greeted as royalty. He wants the biblical equivalent of a day at the spa, feeling entitled to a complete recovery from his affliction. Surely they know who I am? The prophet Elisha offers a prescription for healing to Naaman. The same prescription as he would to any person seeking cleansing: “Go wash in the Jordan seven times and your flesh shall be restored and you shall be made clean”. Naaman is appalled. The filthy Jordan! How can I be expected to bathe in your rivers when we have much mightier rivers in Aram? Can I get an exemption? I’m special you know. I am one of the king’s mighty commanders. Perhaps you have forgotten who I am…No exemption is offered. What is offered is a call to ‘switch places’. A prescription to cross boundaries and bathe in the foreign waters of the Jordan.

Naaman is challenged to open his mind to a foreign culture. And so, following the prophet’s teaching, Naaman crosses over these boundaries to a new land, he listens to others ~ speaking different languages…coming from different cultures…and learning from them. And as he does this, he is not just healed, he is enlightened to a new reality. As he immersed himself in the foreign river of the Jordan, he was restored with the flesh of a young boy and was healed.

Could we become willing to switch places with others? Are we willing to go outside our comfort zone and experience the other and be healed to a new depth and understanding…to have our eyes opened to their reality…and to allow boundaries and divisions to be torn down? This, of course, is the core meaning of the Christian virtue of compassion ~ ‘com’ = with & ‘passio’ = suffering. It is a challenge to share in the suffering of another. Certainly, this story invites us to be open in order that we might experience and understand the differences that exist between people. And the beautiful gospel message in this passage, is that we meet a God who is blind to all those divisions we seem to find so important: God is blind to our cultural separations; blind to our divisions of hierarchy, our divisions of status. Our God who does not grant partiality based upon culture or status. In fact God’s mission is one of unity and breaking down boundaries so that we might share in one another’s joys and suffering and be ‘kin’ ~ family.

In this passage, we meet a God whose healing occurs through the action of one’s crossing over to the ‘other’s’ reality. The immediate faith question that comes out of this is text is: what would we have done if we were Naaman? Would we have protested? Or would we have humbled ourselves and followed the words of Elisha and bathed in the Jordan? Are we prepared and open enough to immerse ourselves in the foreign rivers…in all ways that are odd and foreign to us? Or do we feel that we are entitled? We can engage with this teaching in many ways. I don’t think we necessarily need to pack up our worldly belongings and literally move into a new reality; however, the story asks us: are we prepared to begin to understand the many differences and separations that make our life so very complex? I think that our experience in supporting the Hammoud family coming to Canada as refugees from Syria is a good example of how this text may be lived out. Through this ministry, we have been granted a deeper understanding and awareness of ‘the other’ ~ another culture, another family, different ways, different food tastes, a different religion. We have ALL grown through the process and we have been ‘healed’ in ways we didn’t imagine. This text asks: are we ready to move from an ‘us versus them’ mentality; towards a reality that invites us to view ‘the other’ as not ‘other’ but rather a beloved child of God, as neighbour, as friend? Taking this story as a metaphor, what would be the equivalent for you of bathing in the River Jordan seven times? How odd might it be to share someone else’s bathwater?

Sharing bathwater is an odd thing to consider isn’t it? We know the temperature that is just right for us; we like a certain amount of bubbles; our bath sponge; everything our way. I recall precious moments of bathing my two kids together in the bath. Those days when you would draw a bath with just the right temperature…and add just the right amount of bubbles…and plunk your two children in to splish, splash, and enjoy their bath. But as they got older, something happened…they didn’t want to bathe together any longer. ‘You want me to bathe with HIM???’ … ‘I’m not bathing with HER!!!’ And so, separate bath times were established and the divisions began. And ever since then differences begin to form. The differences our world assigns to keep each of us out of one another’s bath water. There have been eras when drinking fountains were segregated based on race…times when we were separated by religion, and ethnicity…and gender. Today, one’s human sexuality seems to be the divisive point for some. We keep to ourselves; we stay in our pool…we stay in our own bathwater. Naaman, the great commander, thought he was too good to bathe in Israel’s lowly waters of the Jordan, even when a cure for his leprosy was promised. The very same waters in whom our Lord Jesus would, generations later, be baptized in. Yet a cure would be found as he ‘switched places’ and immersed himself in the new way of a new culture. I wonder if the actual cure was found as much in the magical waters as they were in his decision to cross over the separations and divisions that were represented in his leprosy and shared the foreign bath waters of an Israelite. Because Naaman’s action of crossing over was that moment that he met a God whose bounds of love extended beyond any division the human mind can focus upon. Naaman met a God whose love was for all.

Indeed, summer can be a time for reflection, for pondering, for thinking of God. Summer is also a time when we regularly get dirty from summer activity. Sand between the toes from a sandy beach; grass stains on our bottom from sitting on the grass; salty and sweaty from another hot summer day. As we come in from the day to wash up and reflect, perhaps we are being called to bathe, not just in the familiar, but in the foreign experiences of the other. Perhaps we are called to bathe in the Jordan and be made clean again and again and again.