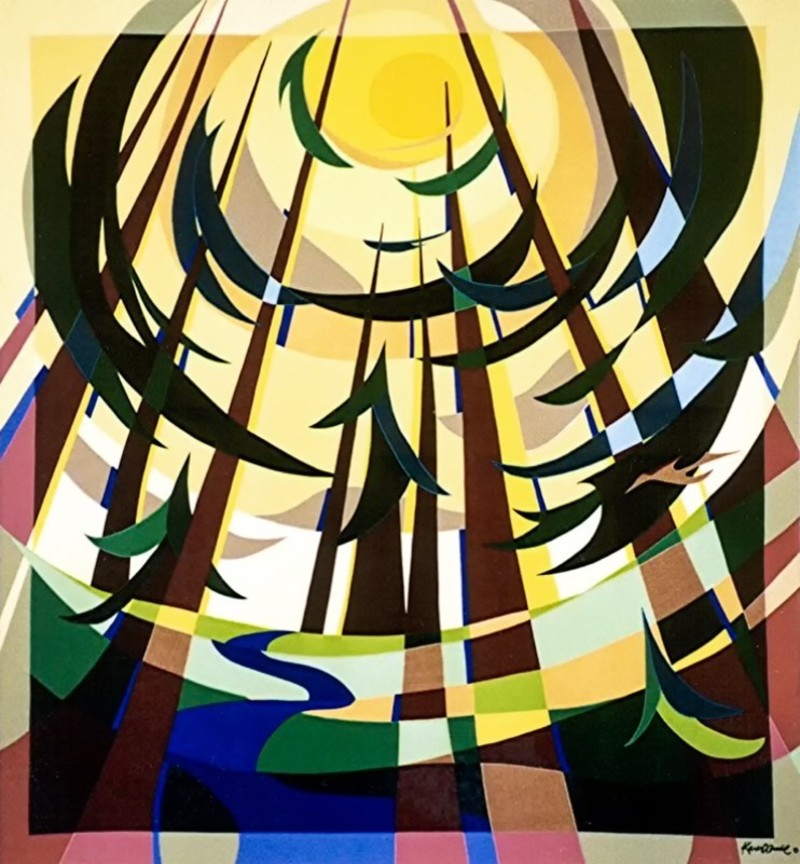 “Rediscovering Who We Are: A Vulnerable Joy”

Today’s reading from Luke is one of the most challenging, infuriating, and, I think, difficult passages in all of Scripture. It is also a favourite, maybe one of the best known stories. It can lead us into guilt, feelings of inadequacy, and confusion. It’s a perfect passage for the middle of Lent. So here we are today, on the fourth Sunday, and I am going to talk about parties. Now, in many traditions, Lent is the time to give up what you enjoy, to lean heavily on confessing sins, to prepare yourselves for the story of the crucifixion and the terrible death of Jesus Christ, our Lord and Saviour. For several centuries, it was a time to give up eating meat, a big sacrifice to most people. Personally, I think this part was instituted by the medieval European church for a very good reason: early spring is the time when most mammals give birth, and hunting was forbidden so that the young and their mothers would have a good chance to survive. See, conservation isn’t a new idea. And if God wanted you to refrain from meat, that made it easier to give it up.

Today, however, is traditionally “Laeterte Sunday”, a time of joy. In many churches, there are Lenten candles, mainly purple, and one is lit each week to count down to Holy Week. The third Sunday in Advent is the same. Instead of purple, a pink candle is lit, and people have a bit of a reprieve from all the gloom. So it’s a perfect day to use the reading of the prodigal someone: son, father, God. Prodigal means unreasonably extravagant; use whatever title you wish. And I’m going to talk about parties. I want to call this passage the prodigal party. As I was doing a lot of reading for this reflection, I came upon a wonderful website from the United Church of Christ, and in it was an article by Kathryn M. Matthews, which helps sermon writers decide what to emphasize for the message. There were twenty one suggestions for themes! This parable is one of the most complicated

It seems like a simple story, at first. A wealthy land owner had two sons. One day, the younger son came to his father and suggested that it was time to retire – to make out his will, and distribute his wealth to his two children. So he did. To the older son, he gave all his land, the farm, the house, the servants, the animals, the crops. A lot of responsibility. The younger son got a cash settlement, and promptly took off for a life of debauchery. It was as though the father was now dead; he had nothing to control. It was up to the boys to carry on. The older son took his new role seriously: he managed everything well. The younger son spent all his inheritance, and ended up with nothing except regrets. He realized that even the servants on the farm were better off, and he decided to go back home and confess his lack of judgement, and maybe he would be lucky enough to get some servant’s work. At least he would be fed and housed. The father saw him coming down the road, and he ran out to meet him. Before the son could even start explaining, he was embraced, forgiven, welcomed, and the father invited everyone to a huge party to celebrate the return of the lost child. The older son heard the commotion, and came to see what was happening. He was angry, that his father,( who no longer had the right to spend so much money on a feast, and kill a valuable animal), was throwing a party for his dissolute brother, while he had been working so hard to keep the farm going, and never took any time off, and behaved in an exemplary fashion, and his father had never even killed a skinny old goat for him.

And we remember the words: “Son, you are always with me, and all that is mine is yours. But we had to celebrate and rejoice, because this brother of yours was dead and has come to life; he was lost and has been found.” And I am going to pass by twenty of the suggestions and talk about the one listed as “who gets the party?” Not about honour and shame, responsibility or careless living, fairness, repentance, condemnation, forgiveness, or even about whom we most identify with in the story. I’m going to talk about the party. Because the party is the central character. It has a life of its own. Most of us can recall family gatherings, where there was a lot of food, you ate too much, it was noisy, children ran around and spilled things, someone always ended up falling down and crying and got hugged, the cleanup, goodbyes where everyone had to be kissed before you could leave, the taking home of leftovers, the falling into bed exhausted, with a big smile on your face.

Many of us can remember birthday parties when we were little. You might be nervous before it started. Would the kids from your class like you enough to come? Would your family embarrass you? What if you got two of the same present? Or something you really hated? There were little prize bags for the guests to take home: would they like them? When I was small, every child had to stand up on a chair before the cake was served, and sing a song, or do some kind of recitation. Would I forget the words of my poem? If you were a really good worrier, you could stay up all night wondering if you could blow out all the candles in one breath, before you mother came and embarrassed you by trying to help. We have church family parties too. Potlucks are popular, and whoever is organizing them worries about whether there will be enough food, if there will be too many desserts and no salads, about whether the kitchen will be cleaned up for the Sunday morning coffee time, if someone has allergies. And it always works out, doesn’t it?

God likes to throw parties. Have you ever noticed how many stories are about eating, feasting, even drinking wine? Jesus was a party animal. God is very irresponsible about the guest list. Anyone can come. Jesus, we are told, invited sinners and tax collectors to the table. Sometimes the Pharisees stayed home because they wouldn’t be caught dead with such riff raff. And neither would we. What a surprise it’s going to be, when we are caught dead, and we enter the gates of Heaven, and are welcomed in with a gracious “Hi, so glad you made it! Come on in, have a seat.” There are rainbows, and balloons, and wonderful music, and all the food you ever wanted to eat. No cholesterol, no calories. And wait till you see the dessert table.

The problem is, among the guests, you can recognize people from your past who hurt you, and there are all the villains from history, and they’re sitting around eating and laughing, and no one seems to care. God doesn’t have separate tables for various kinds of people. They are all beloved, in the Kingdom. What are you going to do? Come in and sit in a corner all by yourself? Tell St. Peter “no thanks, I’ll just go home and have a worm sandwich and a glass of cod liver oil.” As a society, we struggle with our own self-righteousness. People who do bad things need to be punished, not hugged. We don’t want forgiveness. We may not even want justice. We certainly don’t want unconditional grace for those who work against our ideas of life. We want retribution, we want jail time, we want those wrongdoers, those sinners, to feel miserable, to suffer for what they have done. Then they will learn. Then they won’t do bad things any more. Does that make you feel better?

This is a parable, a story about the Kingdom of God. For Luke, this is means that the possibility is that the Kingdom is already here, not just way up in Heaven. We can live God’s dream, but we will have to act differently, find our way home. We will have to live with prodigal grace, the extravagant love that God gives us in Jesus Christ. Rev. Joseph Grauman Jr. says: Prodigal grace:Demands a life change, Provides homes for those who can’t pay their bills on time, Welcomes refugees even though they have outstayed their tourist visas, Prays with prisoners after the guilty verdict comes in, Puts our lives on the line for the persecuted, Is priceless, lavished on those who can’t afford it, and costs a lot, Offends the pious, And even forgives bad jokes!

What are you doing for Lent? Are you ready to come to the party, and practice prodigal grace? Try just a little thing – give up one grudge before Easter. It will start you on the path home. And now, here is some homework. Keeping in mind that the theme of this story is the party, think about what this beloved family of God will be like one year from now. Remembering that the centre of the story is joy, and that the Kingdom is all around you, what are the challenges that confront you in the year to come? How will you rediscover yourself, and be transformed in this season of Lent, so that you may become more fully a servant of God and a follower of the Christ?

Come on, extravagant love is waiting for you, just up the road. The feast is prepared, the party is in full swing. Come and sit down, be part of the Kingdom.