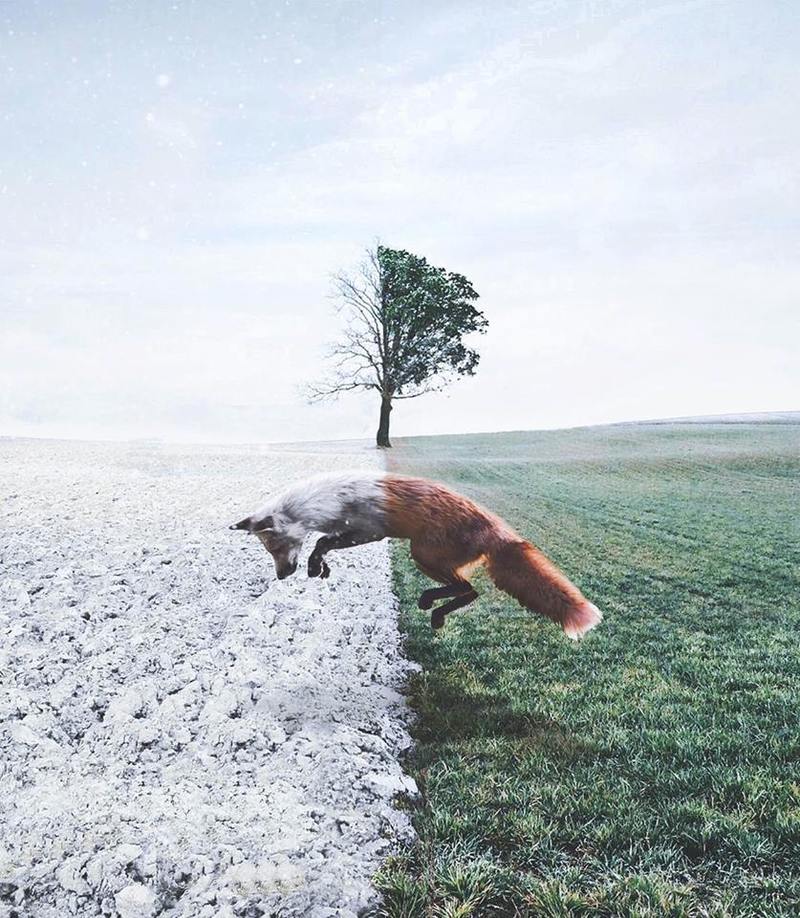 I’m a student with the Vancouver School of Theology and a former leader at this congregation. It is such an honor to be back in the first church I truly felt like my whole self was welcome and where I started to hear the call towards ministry. As some of you already know, I grew up in evangelical churches that didn’t follow the liturgical year and so, with great shock, I have learned that Easter doesn’t just last one long-weekend but rather is expanded into 7 weeks of meditative observance. And maybe it’s for the better that it’s taken me 20 or so years to learn this because it’s kind of like a new-found treasure. And as I have been leaning into this new-found treasure of Easter, one theme that continually shows itself in my life is how the resurrection doesn’t call us to faith-filled security but rather doubt-filled following. It is a call to leave what is familiar, comfortable, and safe to an uncertain and foolish meditation. Jesus goes to the cross not out of security but out of agony, questioning and shouting, “My God, my God, why have you forsaken me?” I think this alone reminds us of the God we are following: one who goes into the unknown and the one who calls us to do the same.   ------------------------------------------------

This past year we have been witness to Elon Musk’s Spacex expedition: his lofty goal of colonizing Mars starting in 2022. It’s something that has never been done before; something that could revolutionize everything we’ve ever known and change the course of history altogether. About 100 people will be chosen to be a part of the endeavor of colonizing Mars and experience this adventure of a lifetime.  But there’s one little catch: it’s a one-way ticket. Those who are selected to go to Mars will never come back. So who, in their right mind, would want to leave not only their country, their friends, their family, and security but also their world? What happens when they fully understand the reality of what it means to leave everything they ever knew behind in the small distant glimmer of what they once knew as home? And, what if they die? --------------------------------------

The Epistle of Hebrews guides us in a time where the audience, Jewish Christians, are moving from familiarity into stretches of unknown, leaving everything they knew behind. They are tired, exhausted and weary from their spiritual suffering and starting to forget what they believed and why. It starts to seem like Jesus isn’t resurrected and the Holy Spirit is a figment of the imagination. Their suffering for Jesus’ life and love is not being renewed and perseverance in the face of trials doesn’t seem logical anymore. Death is all around them and that narrative is starting to shape their beliefs. ---------------------------------------------

And in the climax of Hebrews, we get the first half of our verse in Hebrews 11:8-12:  By faith Abraham obeyed when he was called to set out for a place that he was to receive as an inheritance; and he set out, not knowing where he was going. 9 By faith he stayed for a time in the land he had been promised, as in a foreign land, living in tents, as did Isaac and Jacob, who were heirs with him of the same promise. 10 For he looked forward to the city that has foundations, whose architect and builder is God. 11 By faith he received power of procreation, even though he was too old—and Sarah herself was barren—because he considered him faithful who had promised.[e] 12 Therefore from one person, and this one as good as dead, descendants were born, “as many as the stars of heaven and as the innumerable grains of sand by the seashore.” ------------------------------------------------

Abraham is praised in this passage. He is one of the examples the author pushes us to look towards. But in so doing, Abraham comes whole package: the good, the bad and the ugly. Lest we forget Abraham leaves the Promised Land, where God has called him to, as soon as famine strikes. And, just as he enters Egypt, he loses his wife by consequence of deceiving Pharaoh in order to preserve his life. --------------------------------------

In what follows is the author’s address of uncertainty and hope unfulfilled in Hebrews 11:13-16: All of these died in faith without having received the promises, but from a distance they saw and greeted them. They confessed that they were strangers and foreigners on the earth, 14 for people who speak in this way make it clear that they are seeking a homeland. 15 If they had been thinking of the land that they had left behind, they would have had opportunity to return. 16 But as it is, they desire a better country, that is, a heavenly one. Therefore God is not ashamed to be called their God; indeed, he has prepared a city for them. --------------------------------

What is it about faith that makes us leave our areas of comfort? Why does faith, doubt and discomfort tend to come as a package? Why is there always a ‘calling’ that involves stepping out into the wild space where hope of something promised and not yet realized is our only guidance? And what is it about living like a stranger in a foreign country that is so prevalent among calling? --------------------------------

Looking back into the resurrection story, we start to see that these are not just 21st century questions, but the very aspects of what a life of faith encompass. Jesus willingly goes to the cross not in joy but in crying out, “My God, my God, why have you forsaken me?” And what’s more, the original ending to the book of Mark ends in an unknown narrative as the two Mary’s flee out of trembling and bewilderment from the call to share the good news of Christ’s resurrection. ------------------------------

Have you already been called crazy? I have the fortunate and not-so-fortunate luck of being born into a Chinese family. I love them… and I also can’t stand them, but nor can they stand me. All of my aunts and uncles have blatantly stated my insanity on more than one occasion: “You want to become a minister? Where’s the future in a dying institution? How do you actually plan on making money? You’re going to moonlight as a doctor, right?” And as I listen to their well-intentioned lectures of a future we can hold and grasp, I wonder at what is worthwhile. I am ironically surrounded by family and friends who have achieved so much in such a short amount of time: they have amazing jobs, live in Yaletown or Coal Harbor, and live the good life by all accounts. I tend to get anxious and scared that I haven’t ‘made it’ but on my more lucid days, I can start to see the distance I’ve taken between the country I have left and the heavenly one that I see a glimpse of in the midst of Easter, at a church, at 10 in the morning. ----------------------------------

We have all been called to be pioneers and pilgrims of this great thing of faith. And we are not called to go forth into the unknown alone. We look at those who forged a path before us: Dorothy Day, Julian of Norwich, St. Francis, Mother Theresa, Nelson Mandela and all the no-name people who have prayed proudly and boldly for us to be here today. And yet, poverty, racism, sexism, homophobia and corrupt-power still remain. But these people didn’t venture into the unknown of injustice to live to see the end of it. They lived in hope. They sacrificed for hope. And they died in hope, not afraid of death itself, but afraid of having not lived more in hope. ------------------------------------------

The Spacex Expedition will be the ultimate displacer of humankind as we’ve ever known it. There is no escape route or return ticket. Those volunteers still yet to be selected have only one path before them. And until they are selected, all of the applicants will be living as strangers and foreigners on Earth – displaced in their waiting and calling for a different future. And the reward is only a glimmer of hope and possibility in the horizon. What some might call crazy. There is still so many barriers in the way of this project launching and so many things that can go wrong that could kill the participants in an instant.  But this hope moves these applicants into a realm of possibility. Even if it isn’t realized in their life, the Spacex Expedition will pave the way for a hope of a new world and a new beginning. ---------------------------------------

When we look back over the course of our lives, and look at this moment, in the midst of Easter, at church at 10 in the morning, will we think we were crazy? When we’ve realized that we have left all our good intentions, security and comforts behind in a path of following the resurrected Jesus, will we turn around? Or will we look humbly and boldly ahead at the heavenly country God is still calling us towards in our faith, in our doubt and in our insanity? I hope we will have the guts and the thick skin when the suffering of the world and the pessimism of the media Surrounds us to know that God is not ashamed of our doubt and our foolish hope. God has given us a promise. So may we, like Abraham, remember the wonder of it in the many stars of heaven and the innumerable grains of sand by the seashore.

Venturing Out In Doubt